This website uses cookies. By using this site, you agree to the principles of their use. More information can be found here.

For seventeen years, Letní Letná has been setting the trends of contemporary circus in the Czech Republic and has become an integral part of the annual Czech and European map of cultural events.


Since its very beginning, the festival has presented the crème de la crème of international contemporary circus. It also systematically supports the local circus scene and has helped numerous artists enter the world of circus tents.

More about the festival
What is the new circus
Festival history

Festival in its LIGHT version
Due to anti-coronavirus restrictions, part of the Letní Letná program had to be postponed to next year. However, in response to the easing of the situation, we decided to give the International Festival of Contemporary Circus and Theater to the audience this year as well. And in a LIGHT version. The 17th year, therefore, took place from 18 to 25 August traditionally in Letenské sady in the middle of Prague.

Foreign program
The grand opening of the festival this year was arranged by the Spanish ensemble Voalá with exceptional performance. The production Voalá Station introduced the audience to the "art of flying" and elevated them with the most beautiful emotions. The main star was the French ensemble Galapiat Cirque and the world premiere of the show by the genius artist Lucho Smit L’âne & la carotte. The open-air stage turned into a summer cinema for one night and screened the documentary Skywalk Above Prague. Viewers had the opportunity to remember last year's unique opening.

Czech scene
Two leading new circus ensembles, the Cirk La Putyka & Losers Cirque Company, prepared a unique artistic combination. The spectacular show Be Together amazed the audience with its diversity and energy. Both ensembles showed their work also separately. Visitors also had the opportunity to see a performance of the VOSTO5 ensemble, the juggling duo Bratři v tricku, young new circus artists as part of a composed evening called Circus Miniatures, Feel The Universe Circus Company, and a traditional juggling show, this time at the open-air stage. For the first time, the AirGym Art Company ensemble performed at the festival, which presented two performances, clowns from Studio Underground or artists Rozálie Havelková and Anežka Hessová with the premiere of Rozladené držky. As every year, there was also a rich program for children.

When we were starting out, I frankly believed that contemporary circus was beautiful, free-minded, romantic, creative and exciting. I believed that it had a future and that it made sense to let the public know. And I am confident this still applies! 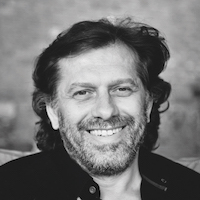 Jiří Turek
director and founder of the festival

The Letní Letná festival has celebrated its 15th birthday. Since its creation it has taught Czechs to love circus artists.

Prague's Letní Letná festival brings international and Czech acts which inspire the audience to create their own definitions of contemporary circus. And every year, these definitions are challenged.

Contemporary circus is a widely accessible genre, which makes it an easy starting point. Yet, disregarding the criterion of quality may be equally harmful in this field as in any other. Looking back at the thirteen editions of Letní Letná, there is no single item that wouldn’t reach the quality bar. A unique phenomenon, indeed.

Since 2015 Letní Letná has held the EFFE label – Europe for Festivals, Festivals for Europe. The label was created by European Festivals Association. In total 23 Czech festivals received it for period 2019 - 2021.